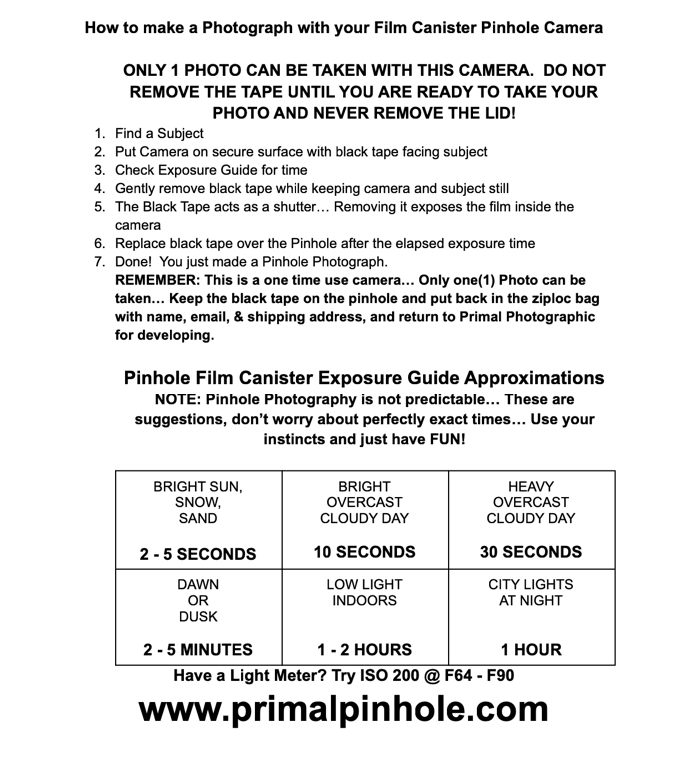 Donate via Venmo or Directly to CCAC

*Note the Jim Emswiller Memorial Scholarship on the payment page*

Pinhole Photography is a passion of mine.  For over a decade, I have celebrated World Pinhole Photography Day in a special way.  This year, Sunday April 24th, 2022, I am inviting the cast and crew of Otto to join me for the 2nd Annual Emswiller Scholarship Fund Raiser.  Its the perfect opportunity to remember our friend and colleague Jim Emswiller.  All proceeds from this project will be donated to the CCAC Scholarship Fund that was established in his memory.  I have made specific cameras for this event and there are a limited number, so please only one per person.  Also, donations will be greatly appreciated even if you do not want to participate in the Pinhole Day Project.  Thank you in advance for the joy of sharing this art form that I love and remembering one of my best friends that always supported my endeavors.
Chad Djubek - Sound Dept.

Pinhole Photography is the process of making a photograph with out a lens.  The lens is replaced with a tiny hole 'pinhole'... this works very much the same way as traditional photography but is much simpler and less precise.  Pinhole images are often not as sharp, ghostly, unpredictable, and require longer exposure times.  The best way to understand it is to try Pinhole Photography yourself.  More detailed explanations can be found at www.pinholeday.org

RULES: To participate in World Pinhole Photography Day the photo must be taken on April 24th, 2022.
https://pinholeday.org/participate/?pid=rules

After April 24th return your camera back to me, Don't forget to include your Name, Email, Dept.  I will develop all negatives in the coming weeks.  Finished Images will then be emailed and everyone can upload to www.pinholeday.org - I will create a specific pinholeday group for Otto.

How To Make A Photograph With Your Film Canister Pinhole 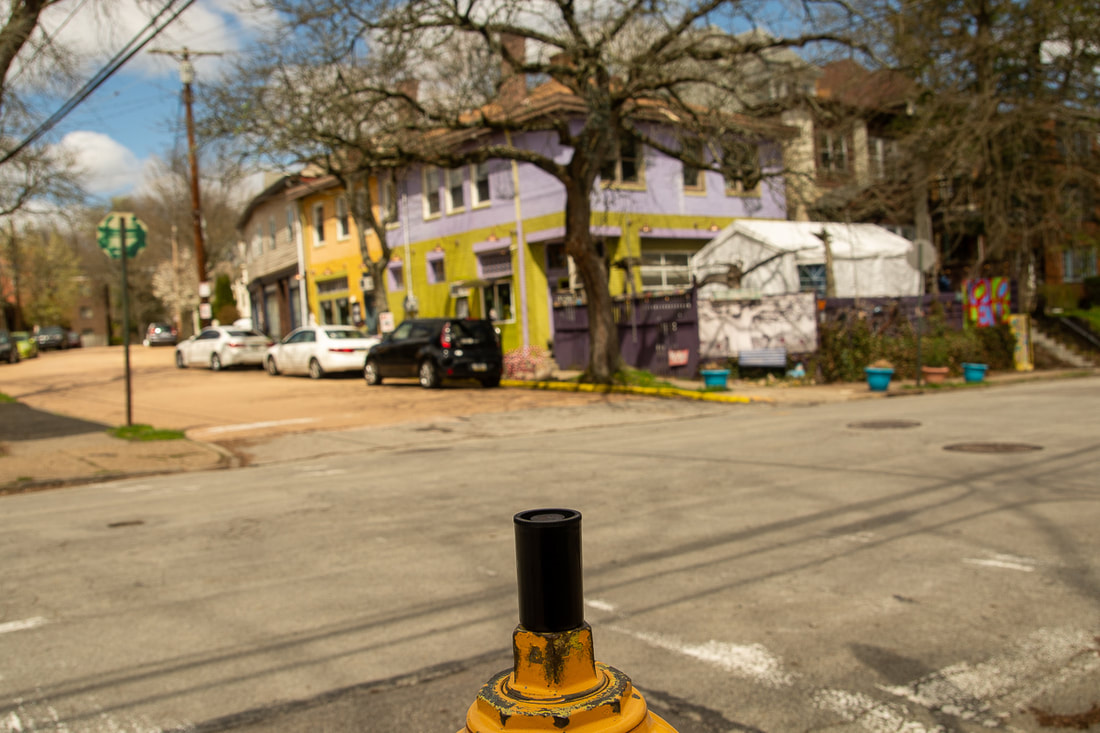 Find Something to Photograph, Put your Film Canister on a flat surface to keep it stable with the black tape side facing your subject.  Stationary subjects are easier, subjects moving will be blurry after long exposures. 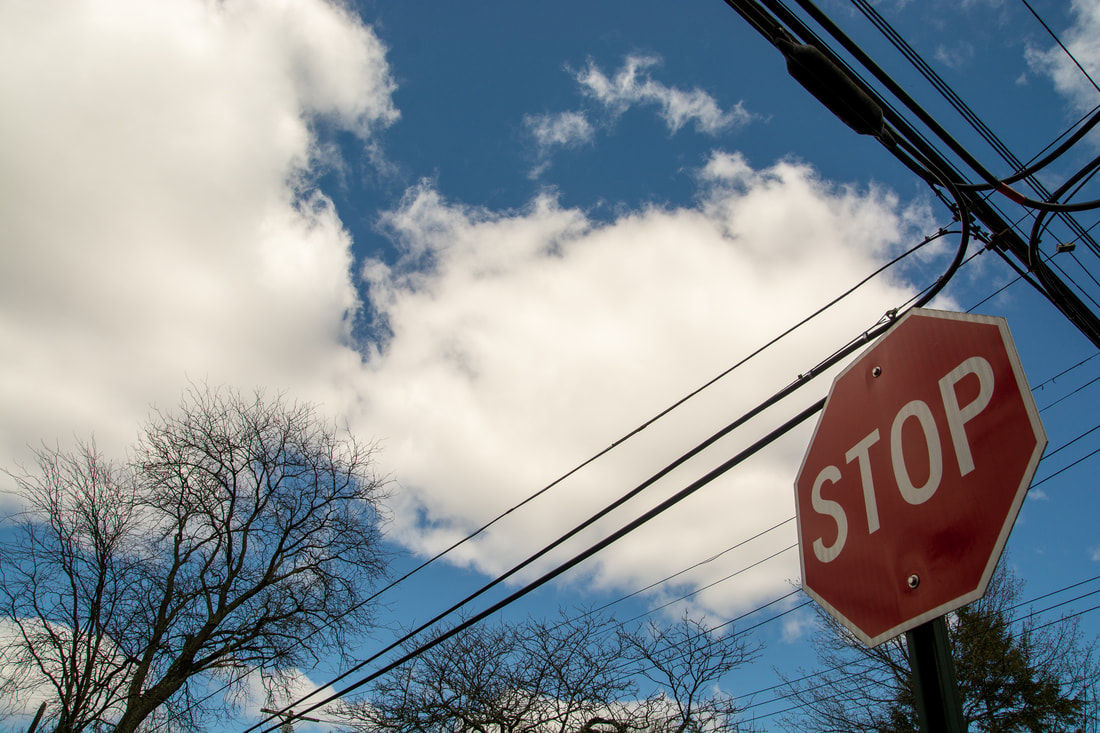 Look to the skies and see how much light the sun is producing and use the exposure guide to determine an approximate exposure time.
In this example partly cloudy, but the sun came out strong when i finally removed the tape so I went with a 5 second exposure. 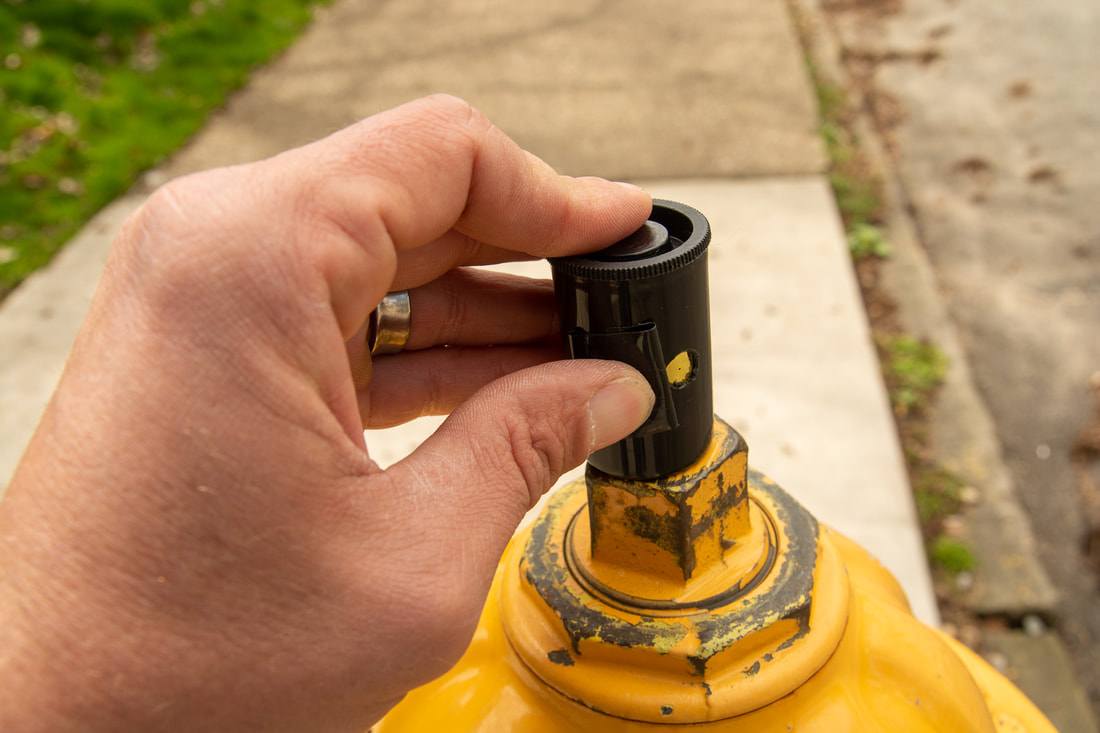 Gently peel back the black tape to start your exposure keeping the camera as still as possible.  The tape works as a shutter, Remove it and the film inside gets exposed. 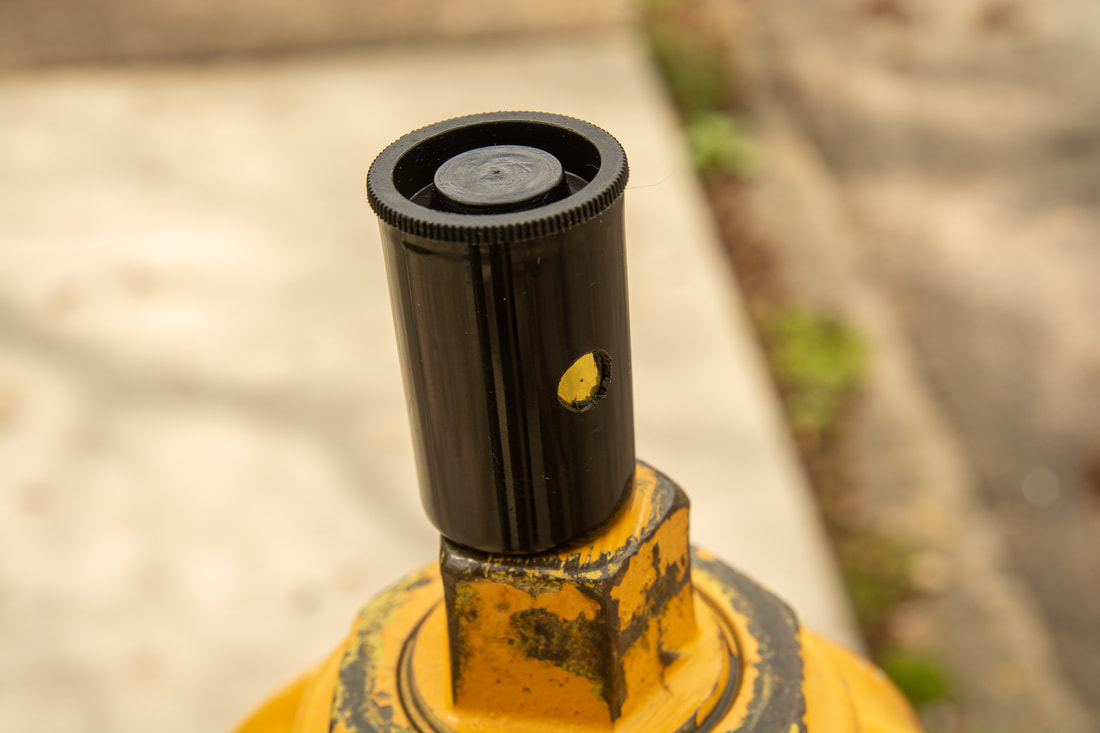 Keep Camera still and Tape off for the exposure time (in this example 5 seconds, Sun came out pretty bright as i was exposing) This is the camera in action, Light entering the pinhole and exposing the film inside. 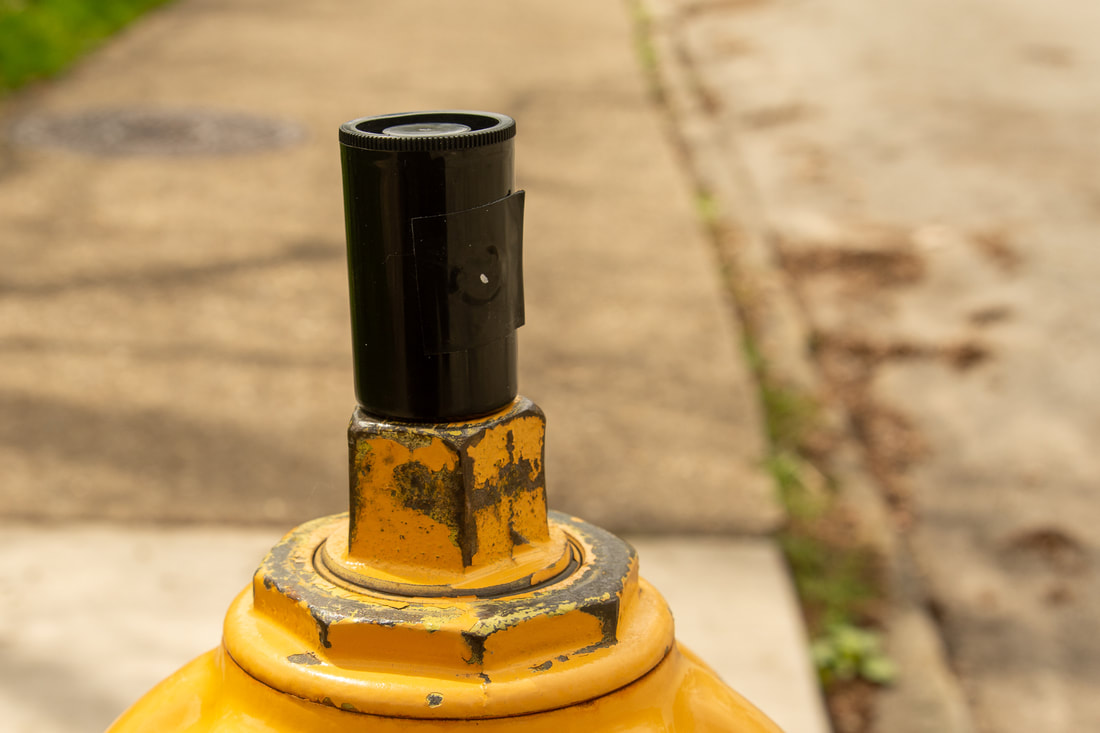 After the the elapsed time, Replace the black tape completely covering the pinhole. DONE! 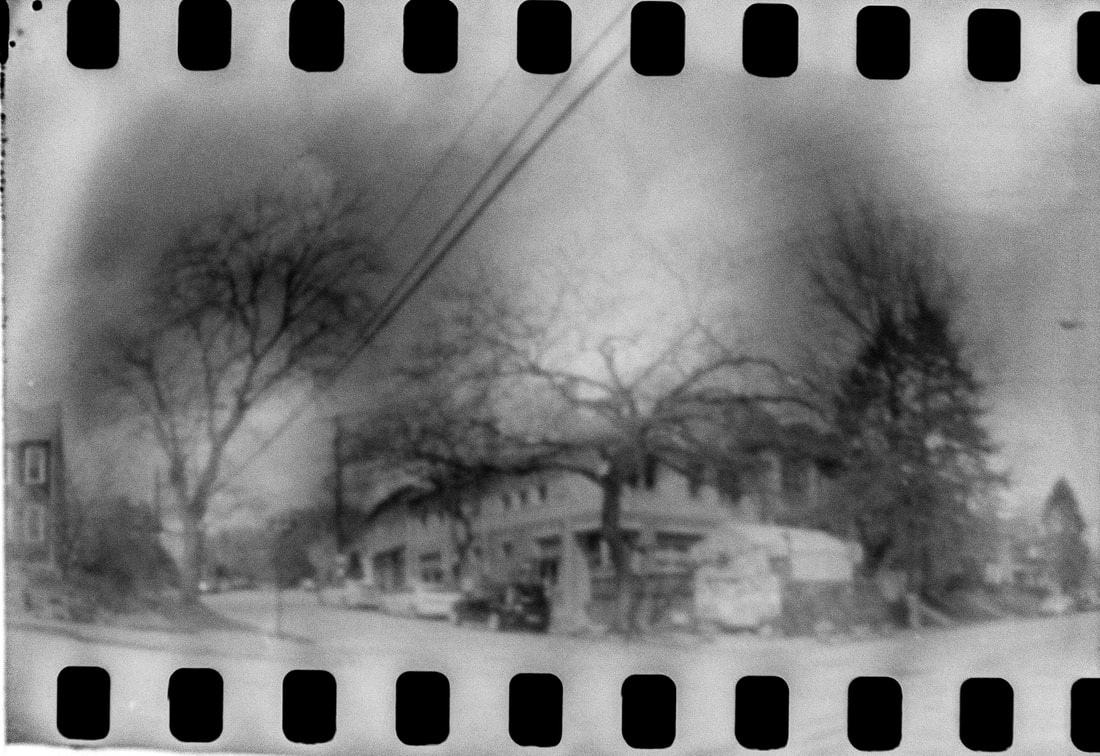 The Film is Black & White.  This is the final Photograph after Development. The camera did shake some causing less sharpness.
Some more examples below:
Pinhole has no lens so there is no depth of field which means everything is in focus.
Blur and the look of soft images is caused by the camera or subject(s) moving causing motion blur or a lack of sharpness.
The Small Camera has a very wide angle of view.... Tiny objects become huge and far away objects get farther.
Distortion, Blurring, Abstraction, and Experimentation are part of what makes it Fun! 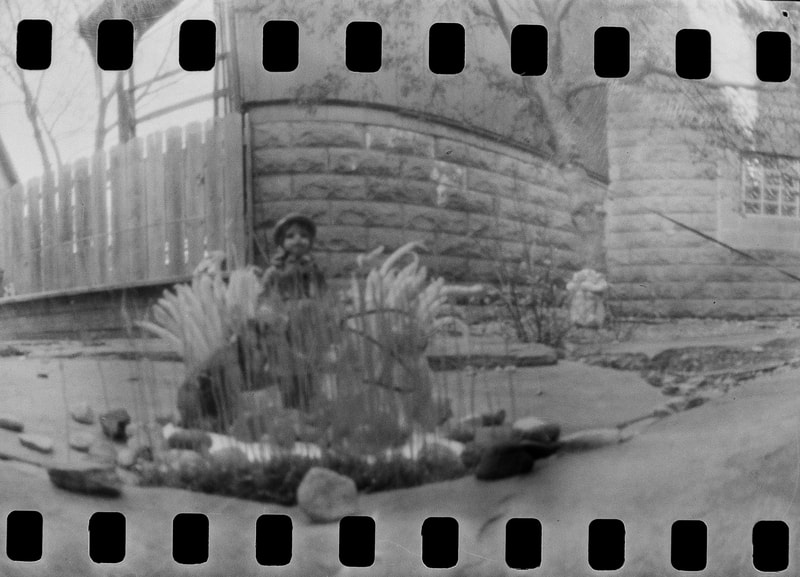 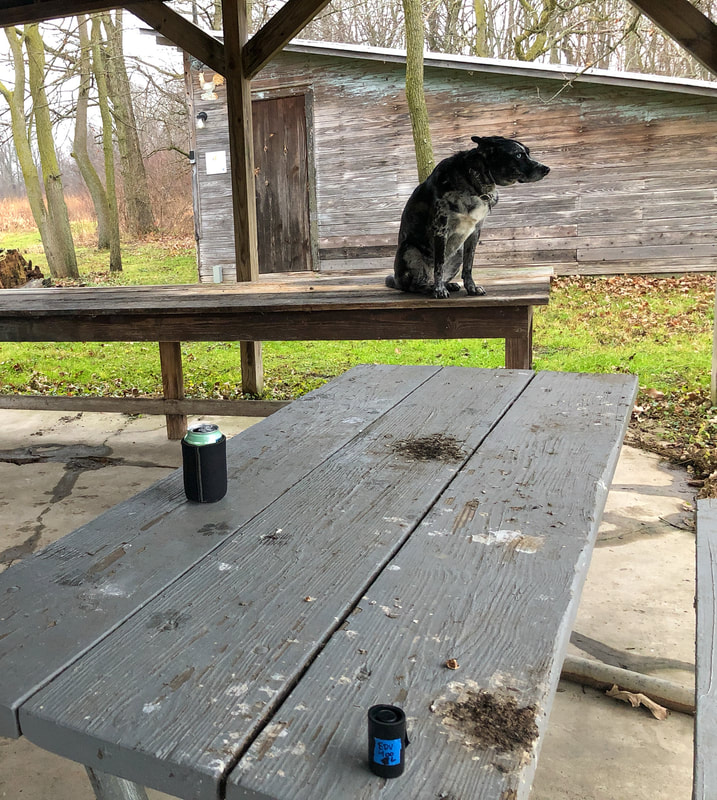 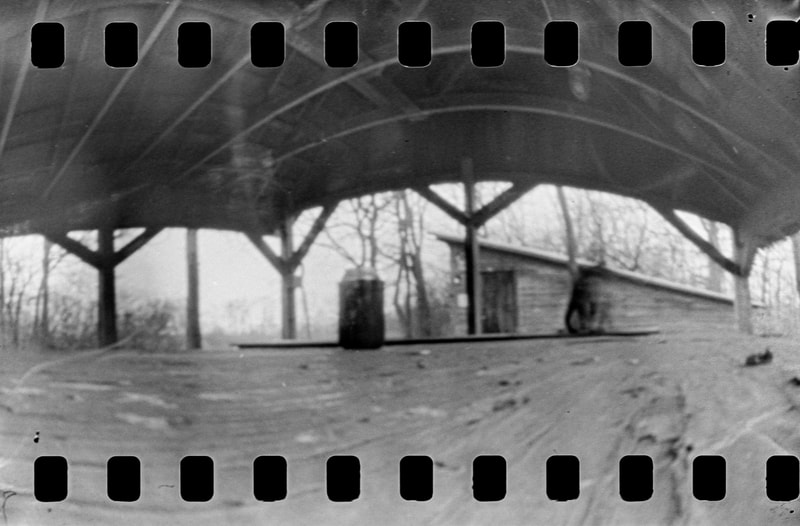 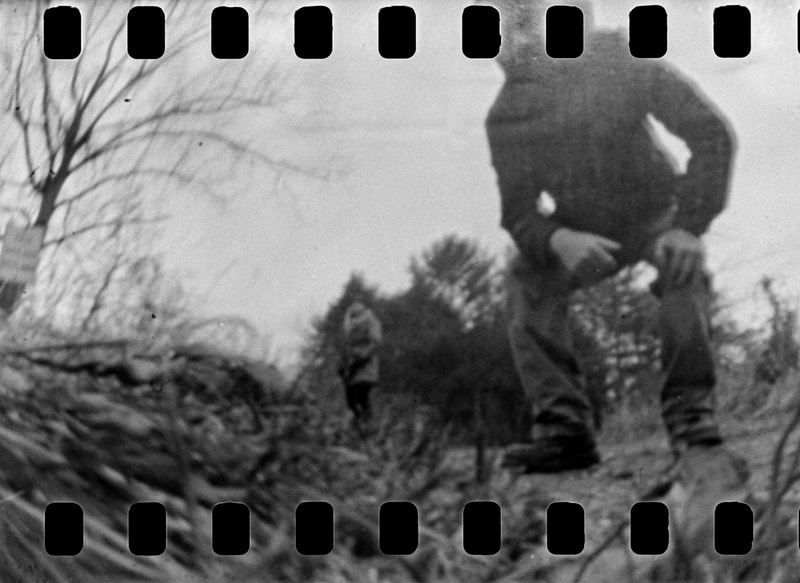 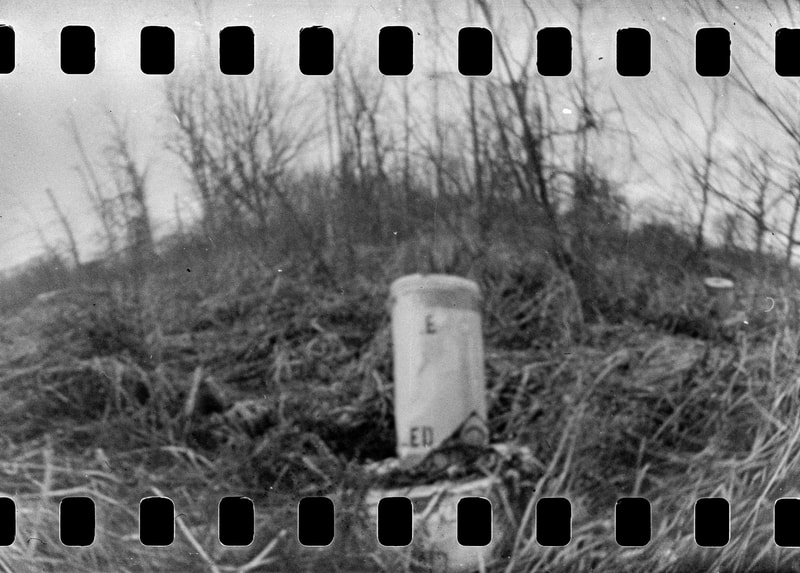 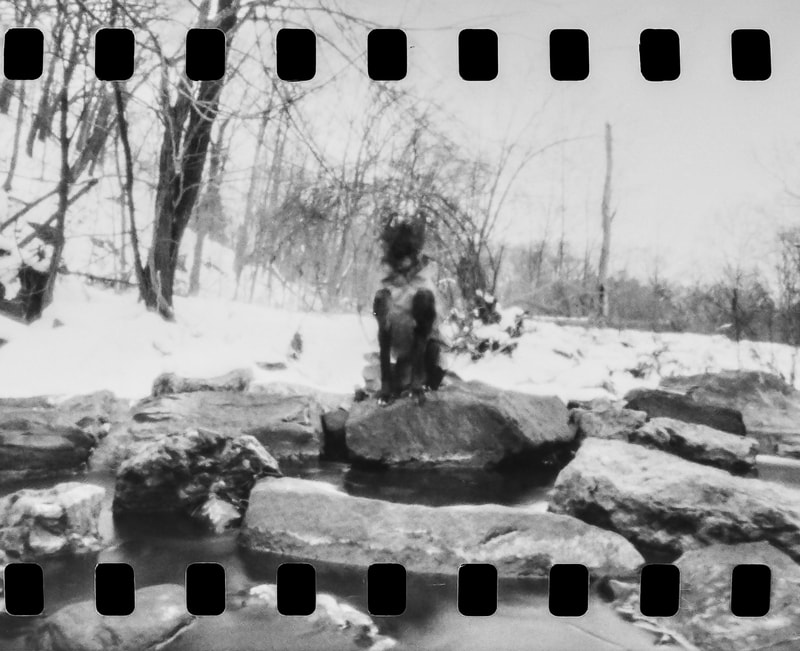 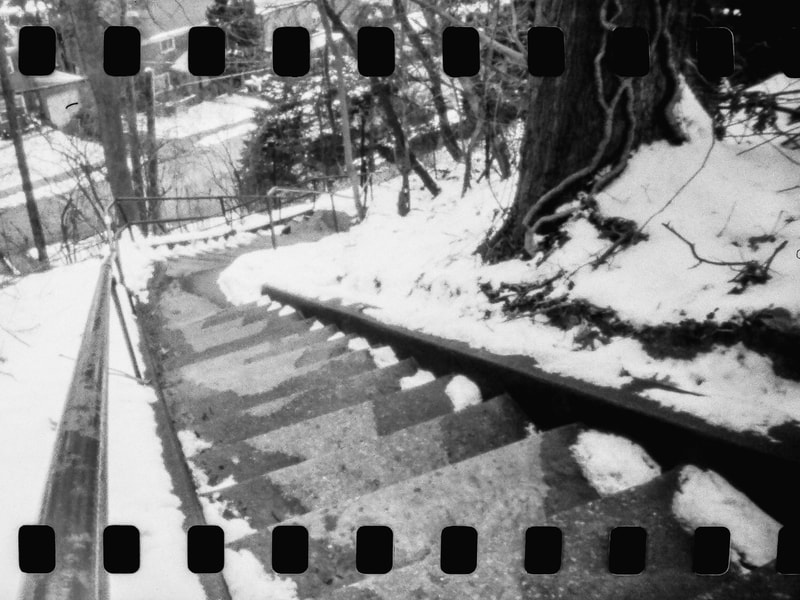